Although the company initially denied having most of its assets in the cryptocurrency exchange, management has now admitted having significant exposure to FTX, Forkast News reported, citing The Wall Street Journal.

Furthermore, BlockFi also acknowledged having an undrawn line of credit and substantial obligations with FTX.

This happened after the Sam Bankman-Fried-owned firm provided timely assist for the lending company in July this year via a $400 million revolving credit facility and an option for a buyout for $240 million.

BlockFi Prepares To Go Belly Up

Last Friday, citing lack of clarity about the circumstances involving the Bahamas-based crypto exchange and its trading arm, the Alameda Research, BlockFi announced via Twitter that it was halting customer transactions.

The matter took a turn for the worse, as some people familiar with the situation were cited by the Journal for reports that the company is indeed planning to lay off some of its workers in preparation for a Chapter 11 Bankruptcy filing.

Under this chapter of the U.S. Bankruptcy Code, a debtor usually proposes plans for reorganization to keep a business alive and pay creditors over time. 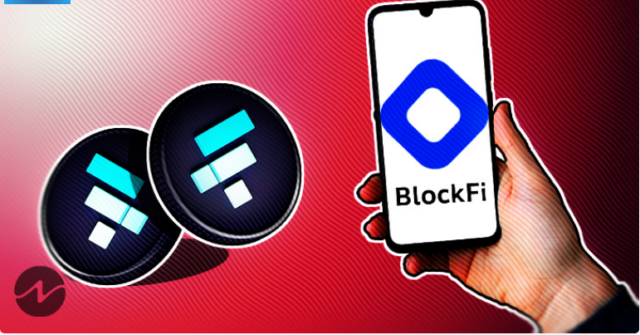 As further details about the sudden collapse of FTX arise, more investors are revealed to have been greatly affected by this unforeseen and unfortunate development.

For example, Japanese investment conglomerate SoftBank, which incidentally is one of the companies that backed the crypto exchange platform during its fundraising campaign, is now forced to mark its $100 million investment to the company as zero, effectively losing that large sum of money.

Meanwhile, the Solana blockchain and its native token SOL lost almost 60% of market value following the FTX implosion. There are also reports that investors and app developers are already abandoning the blockchain ecosystem in the wake of fears of potential greater loses.

FTX Trying To Salvage Itself – Can It?

FTX moved to file for bankruptcy last Friday and the details it provided were alarming and the cause of growing fears among participants of the crypto market.

The crypto exchange reported a severe liquidity crisis in its filing and revealed there could be 1 million creditors affected by its collapse.

In a related matter, there are reports that SBF and some of the remaining employees of FTX spent their weekend calling and looking for potential and willing investors in an attempt to raise $8 billion. These, however, were unsuccessful.

Meanwhile, with BlockFi’s decision to file for bankruptcy, analysts anticipate the broader crypto market will experience yet another beating while the fallout from the FTX disaster still pervades.

Lemon Cash, a crypto exchange with operations in Argentina and Brazil, has rendered 38% of its workforce jobless, on Friday. One hundred employees were laid off as a result of the adverse industry environment and […]

Shiba Inu continues to be a prominent presence in the crypto market but that has not helped it escape the onslaught of the crypto bear market. The meme coin has not only taken a beating […]

Shiba Inu has dumped 7% over the last 24 hours, and as a result has slipped down to being the 14th largest crypto by market cap. Shiba Inu Has Plunged Down Around 7% Over The […]