The CFTC (Commodity Futures Trading Commission) and the Securities Exchange Commission (SEC) are two regulating offices in U.S. that have been the subjects of a number of debates as to who should have oversight on the crypto market and the illicit activities that involve cryptocurrencies.

It is public knowledge that the SEC wants nothing less than full control in policing virtual assets such as digital and stablecoins.

For its part, CFTC also desires the same level of regulating power as it would entail strengthening its control over certain financial instruments while also having the opportunity to add more revenue for the office.

The neck-to-neck battle between the two regulators might have shifted in favor of CFTC as it recently announced that it will help build up its case.

According to a statement released by the CFTC on October 20, its Division of Enforcement (DOE) had 82 enforced actions for fiscal year 2022, with 18 of these conducts related to cryptocurrencies.

In terms of percentage, the digital asset class accounted for more than 20% of all filings made by the CFTC for this year.

“This FY 2022 enforcement report shows the CFTC continues to aggressively police new digital commodity asset markets with all of its available tools.”

Among those actions taken by Benham’s office this year was the filing of case against bZeroX DAO, investigating the manipulation of the native token of Digitex Futures and an alleged $1.7 billion fraud. 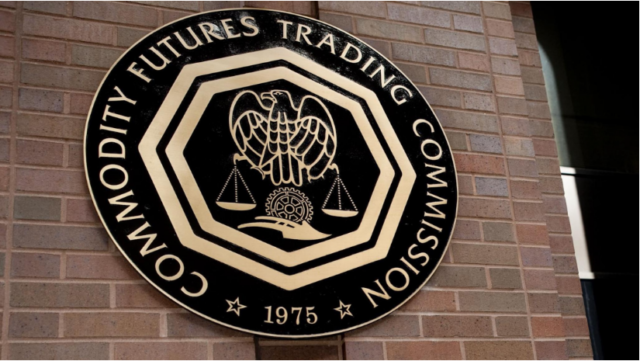 Following this, Benham confidently expressed their readiness to regulate the tricky space of crypto as preparations for them to become a fully financed regulator of this particular industry are already underway.

Many were surprised when SEC Chairman Gary Gensler said last month he is rooting for CFTC to handle regulating the largest cryptocurrency in terms of market capitalization, Bitcoin, as well as other “non-security” tokens.

Gensler’s office, for its part, has its hands full as it is still embroiled in a legal dispute with Ripple Labs courtesy of a lawsuit it filed against the creator of the crypto XRP.

The SEC continues to argue that digital currencies are securities and thus will automatically fall under its oversight powers.

The commission’s position in becoming the top crypto market regulator will take a huge blow if Ripple Labs manages to come out of the lawsuit victorious.

The company has been tallying procedural wins over SEC as it tries to finally settle the legal bout and continue with its business.

The Solana ecosystem continues to take the hardest of hits following the implosion of FTX which used to be one of the world’s largest cryptocurrency exchange platforms. Its native token, SOL, gravely suffers as the […]

As Bitcoinist reported, the number of supporters for Ripple Labs in its legal battle with the U.S. Securities and Exchange Commission (SEC) is steadily increasing. Following the 11 entities that already sent an amicus to […]

Blockchain technology is now so big that companies can no longer ignore it and some have already started taking the lead in integrating the technology into their businesses. The top companies around the world are […]